Current robot systems are limited in their abilities of safe physical interaction with humans and objects in the real world. Tasks performed by robots are still rather slow, rather simple, and not optimal as it is often necessary to isolate robots (e.g. behind fences) to avoid collisions. This makes these robots not suitable for user needs where they are expected to add value in several application areas. There is a need to extend robots with the abilities of safe and effective interaction with humans and objects in their environment. One of the reasons for today’s robots‘ limitations is the missing ability to comprehensively perceive the environment in real-time. Such abilities are fundamental for interaction with humans and the world and for task specific adaptation of actions based on such interaction and experience.

In order to address these topics, sensors for the perception of the environment which are co-designed with specific integrated circuits are core elements. Consequently, the scientific and technological objective of PATTERN-Skin is to develop a novel embodied bendable and potentially stretchable multimodal modular robot skin that provides robots with unprecedented sensing abilities facilitating contact-based/tactile and contact-less multimodal exploration of the world towards safe human-robot interaction. Besides the physical realization of the skin modules, also physically accurate real time simulations (“digital twin”) will be developed that allow to optimize and tailor skin configurations for robots and applications. Based on this sensor skin and the corresponding digital twin, PATTERN-Skin will investigate model based and AI-based methods to obtain representations of the environment towards the utilization in safe control strategies and aiming to meet requirements as defined e.g. in the ISO 15066 and 10218 safety standards. With respect to safe, reliable, and secure assembly of full systems from a number of individual sensor skin modules, a unified design pattern utilizing Near Field Communication (NFC) and hardware security elements will be investigated for both wired and wireless connectivity.

By equipping robots with this enhanced sensing and interaction abilities, PATTERN-Skin is expected to impact a wide range of robotics applications ranging from personal care and assistance to agile logistics and manufacturing. The developed technologies and methods will be open, modular, and non-proprietary.

The novel multi-modal sensor skin will exemplarily be studied in two robotics use case scenarios.

Within the project we will develop combine proximity perception systems with tactile sensing in a modular within a bendable and stretchable sensor skin.Together with realistic real time simulation of the sensor skin, the assembly and configuration of the skin can be quickly adjusted to the applications. Additionally, electronic datasheets and NFC will be used for fast and secure pairing and minimization of errors.

The goal of the microelectronics in the project is to investigate and develop a cost-effective, novel perception sensor interface system, allowing to combine tactile and proximity information while being suitable for direct integration a sensor skin.

Within the project we will investigate direct integration of integrated circuits on silicon dies onto bendable or even stretchable substrates. This will allow for eased modular configuration of sensor skins and also for cost effective realization. 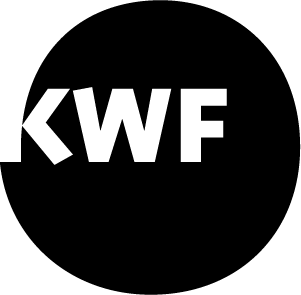